This book examines the 'new orientation of ideas' on Chinese material culture in early 20th century London under the influence of a circle of enthusiasts and scholars, preeminent among which was George Eumorfopoulos (1863-1939), a Greek origin London businessman and collector.

These ideas are placed within the context of earlier encounters between China and the West through trade and diplomacy as they unravelled between the 16th century and the late 19th century. The objects discussed form part of the Benaki Museum collection of Chinese art, in its majority donated by Eumorfopoulos between 1929 and 1936; this collection is a rare 'time capsule' of the taste and preoccupations of the pre-World War II period with regards to China. The years between the collapse of the Qing dynasty in 1911 and the establishment of the People's Republic of China in 1949 marked an 'opening up' of China to the rest of the world and coincided with the first archaeological excavations of the country's early cultures. Situated in London, a centre of imperialist power and global finance, George Eumorfopoulos and his entourage were instrumental in acquiring, assessing, interpreting and manipulating the previously-unseen objects. Eumorfopoulos also acted as an intermediary between the contemporary art scene (the tenets of which informed his taste in the first place) and these ancient artifacts, giving rise to the 'studio pottery' movement in England and beyond. The years of isolation which followed allowed aspects of this 'vision' to become canonical and influence scholarly production on Chinese material culture. Research over the last 25 years has allowed a reassessment of this vision. This ground-breaking publication perceives approximately 100 artifacts as 'actors' within constantly evolving 'sets of action' as players in a game of power, knowledge and taste. This is a book about China and the West in the 20th century and the roles antiquity and its material manifestations acted in the re-negotiation of this cultural interplay.; George Manginis has taught History of Islamic and Byzantine Art and History of Chinese Ceramics for SOAS/University of Londo, the New College of the Humanities, the Victoria & Albert Museum, the British Museum, the Benaki Museum in Athens, the Museum of Islamic Art in Doha. He is currently Teaching Fellow at The University of Edinburgh. He is the author of Mount Sinai: a History of Pilgrims and Travellers (Armchair Traveller, 2016).

E-mail us to order 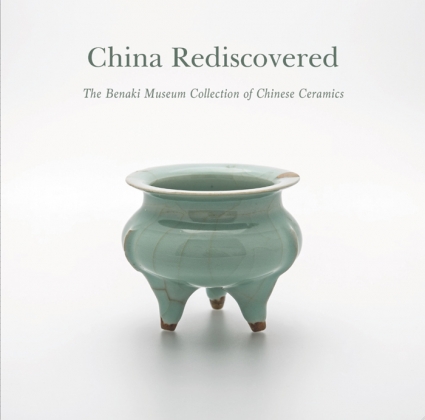